“Unaccompanied Folk Singing at Its Loudest (And Best)”

Graeme’s singing pedigree covers six generations of singers in his family. Graeme’s direct involvement with folk music goes back over 30 years. He was director of the Doncaster Folk Festival for several years and has been involved in the running of several clubs. Graeme enjoyed a high profile with the Group “Landlocked” for 6 years and over 12 years singing with Jim Mageean, although his repertoire is not restricted to just Shanties, it encompasses Traditional Love Songs, Mining Songs, Gospels, Drinking and Music Hall Songs and some more recently written contemporary songs – many with good enjoyable and singable choruses. His rich baritone voice draws you to join in the singing and his delivery and presence make for a most memorable evening.

Graeme’s various voyages with the Jubilee Sailing Trust means he delivers his signature song “Don’t disable me” with extra gusto.

As well as being a regular performer at many Folk clubs and Festivals in the UK Graeme regularly appears at clubs and festivals in The Netherlands , Germany, Belgium, France as well as further afield in America, Canada, New Zealand and Australia.

Due to ongoing issues. surrounding The Corona Virus and the safety of performers, audience, event staff and venue staff we have the decision to cancel this event.
If you have already bought a ticket please contact your ticket vendor for details of refunds.
we are very sorry, but wish to play our part in helping people keep safe!
thank you for your understanding.

A festival in an evening!

JC: The Legacy is a series of concerts originally bought about by the passing of the Late Great Johnny Collins in 2009. They were restarted again in 2018 to celebrate what would have been his 80th birthday, and this year’s concert marks ten years since his passing.

In 2018 The Wilson Family, Rich & Jess Arrowsmith and Jim Mageean & Graeme Knights, all MCed by Malc Gurnham, packed the venue. The evening was full of lively chorus songs and was greatly appreciated by all who attended.

On May 11th 2019, it all happened again! With Granny’s Attic, Daisybell and Jim Mageean & Graeme Knights, with Malc Gurnham holding it all together once more!

The last two have concerts have sold out. Avoid disappointment, book your tickets now!

The Legacy continues, on Saturday May 9th we have another great evening planned for you.

This year’s concert will equally as thrilling as previous years and the line up is:-

The late great Johnny Collins was a much loved and respected singer of mainly unaccompanied chorus songs, although his repertoire was by no means restricted to this only. Johnny always loved to get people joining in. Another of his strengths was encouraging up-and-coming acts and supporting more established groups. Johnny loved nothing more than a good evening of singing, and that is what we aim to provide!

Greg Russell and Ciaran Algar joined forces in 2011. Combining Russell’s powerful vocals and driving guitar style with Algar’s All-Ireland winning fiddle playing, the duo have become one of the most sought after acts on the British folk scene. In 2013 the pair won the BBC Radio 2 Young Folk Award before going on to win the Horizon Award for best breakthrough act from the same source in 2014. In 2015, they were nominated in the BBC Radio 2 Folk Award Best Duo category.

Having toured extensively in the UK for five years, as well as in Denmark, Germany and The Netherlands, Greg Russell and Ciaran Algar have released 3 studio albums.

Bringing together our harmony credentials from Moses and The Ref and Hissyfit, CHaS are Christine Connolley, Hazel Richings and Steve Last. Together we sing songs from across the folk music spectrum in rich 3 part harmony.

Led by any one of the three distinctive voices, songs are given added depth by the beautiful harmonies from the other two voices, often with guitar accompaniment, sometimes a capella.
We know folk audiences love to sing along, so you’ll be invited to add your own voices to the many chorus opportunities included in any set from CHaS.

Like Johnny, Jim and Graeme specialise in unaccompanied chorus songs, ranging from sea shanties to work songs, union songs, mining songs and of course drinking songs! Anything to get the audience to join in and ‘make the rafters roar’! 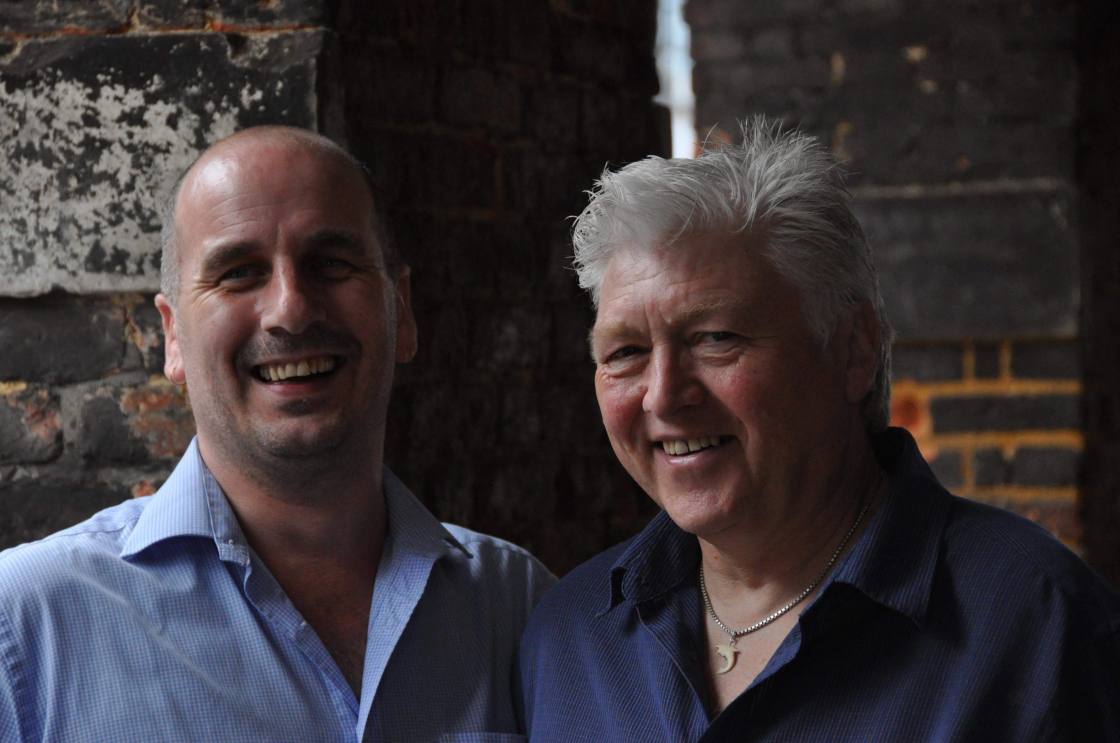 Although Jim and Graeme have worked together many times over the years they officially started singing together in 2002 at Whitby Folk Week. Jim had been running the Shanty Sessions there for over 30 years and Graeme kindly offered to help out (it’s a tiring and thirsty job singing shanties for 2 hours every day of the festival!) and Jim was glad to accept. They’ve been running these sessions together ever since, and also run similar events at other Festivals around the country – Barnsley, Bedworth, Bromyard etc (and that’s just the B’s!).

The two singers are mostly known in association with the late, great Johnny Collins who sadly passed away in July 2009 (whilst on tour in Poland with Jim). Jim had been singing in a duo with Johnny since 1975 and Graeme had also been singing with Johnny since 1999. Sometimes the three singers performed as a trio (they toured Canada as such in 2008) and the last recording Johnny made was the CD ‘Good Times’ with Jim and Graeme – so named because they always had such good times together.

Like Johnny, Jim and Graeme specialise in unaccompanied chorus songs. Sea Shanties, Work Songs, Union Songs, Mining Songs, Drinking Songs etc. Anything to get the audience to join in and ‘Make the Rafters Roar’.

You can see and hear Jim and Graeme anywhere that singers gather to belt out great choruses over a pint or two. Guaranteed to be ‘tear-jerker’ and ‘wrist-slasher’ free. ‘Good Times’ in store for all participants!

“Unaccompanied Singing at its Loudest and Best” – Gainsborough Folk Festival

“If you want a whole room full of landlubbers bellowing out the choruses to a wide selection of shanties and other eminently singable songs, then Graeme’s your man!” – Eric Bogle

“Graeme has a huge repertoire of songs and a powerful voice that can blow the froth off a Guinness from 50 metres” – Cardrona Folk Festival, NZ

“Graeme is possibly the best unaccompanied singer we have heard at the club – what a voice !” – Dux de Lux Folk Club NZ